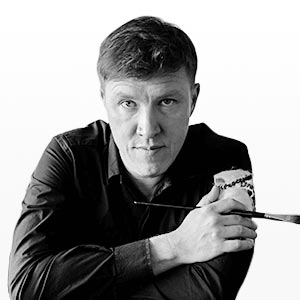 Arthur Gain is a figurative artist from Russia, currently living in Spain, near Barcelona. Although largely self-taught, he has participated in workshops and taken private classes with renowned painters and teachers such as Steve Huston, Nick Alm and Felicia Forte, among others.

His path to becoming an artist was not a straightforward one. A passionate illustrator since his childhood, in his youth he specialised as a commercial illustrator and graphic designer, and at the age of twenty he became a creative director in an international advertising company.

He moved from Moscow to Asia and began a journey of self-discovery through the practice of authentic traditional yoga and Buddhist meditation, which eventually led him to realise that representative art is his true vocation.

Today he continues to develop his artistic career and shares his knowledge and approach with his students at the Barcelona Academy of Art, as well as giving workshops and private lessons and making instructional videos online.

In the fast-paced modern world, it is human spirit and nature that reunites us with the core of our existence. Constantly evolving and at the same time archaic, being both mundane and divine, human consciousness is the greatest mystery and an infinite source of inspiration. For this reason, Arthur’s main interest is to portray each individual’s unique character in his art. 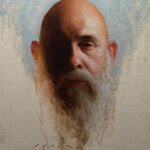 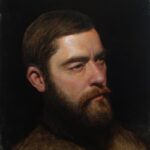 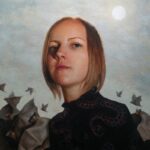 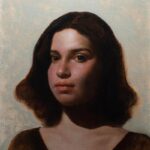 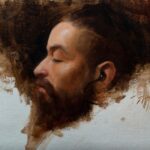