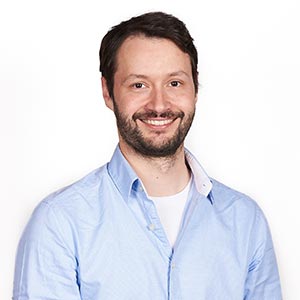 Jordi Diaz Alamà, born in Granollers in 1986, graduated in Fine Arts at the University of Barcelona and posteriorly trained in classical art schools such as the Florence Academy of Art (Italy), where he learned the techniques used by the Great Masters of 19th century painting. He consolidated his training with contemporary masters of realism such as the Norwegian painter Odd Nerdrum, Guillermo Muñoz Vera, or Antonio López.

His artistic outlook is also developed thanks to his teaching role at the Barcelona Academy of Art, which he founded in 2013. At the Academy, he develops, expands, and shares his knowledge of classical methods, promoting the idea that they can help the interpretation and artistic representation of the present times.

His personal work involves an impressive display of pictorial resources with a refined technique, free of mannerisms, that responds to the canon of contemporary classical figuration, continually investigating new concepts and plasticities. In 2017, he created his most monumental work to date with La Cruz del Jubileo, a commission for the Church of los Dolores in the city of Vic.

In the series #ClásicosDesollados, he combines his realistic technique with bursts of abstraction; cutting, tearing, and literally skinning the most iconic works of the great masters from Velázquez to Manet to highlight their inherent modernity. His interpretation of Rembrandt’s The Night Watch is in the permanent collection of the Can Framis Museum in Barcelona.

Today, he is again faced with a monument of universal history, anchored in the collective memory: Dante Alighieri’s Divine Comedy. The exhibition project Si Volse a Retro, in collaboration with the sculptor Grzegorz Gwiazda, focuses on Dante’s Hell, interpreting and illustrating the 33 songs, materializing the writer’s most striking imagery and reaffirming his commitment to contemporary realistic figuration. 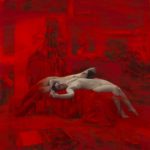 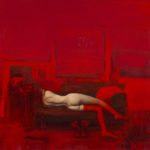 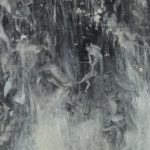 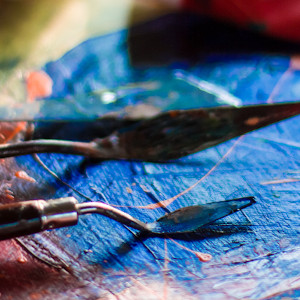